After a long and excruciating wait of almost two years, Haikyuu Season 5 has reportedly been confirmed, and we expect an official announcement by the end of this month.

Haikyuu Season 5 has been confirmed via an official collab.

With Haikyuu celebrating its 10th anniversary this year and Haikyuu Day being scheduled for August 19th, all signs were pointing towards an official announcement for Season 5 of the series, which will feature the long-awaited battle between Karasuno High and Nekoma.

According to a Collabo Cafe article, Haikyu!! TV Anime Season 5 would be confirmed.

But we have gotten the confirmation a bit early as a Collab Cafe article accidentally confirmed that Season 5 of Haikyuu is indeed in production now. The “Haikyuu x Cookpad Live Cafe Volume 3 ‘Nekoma Festival'” features a collab menu based on the theme of “Karasuno High vs Nekoma High,” which they have stated is depicted in Season 5 of the anime. 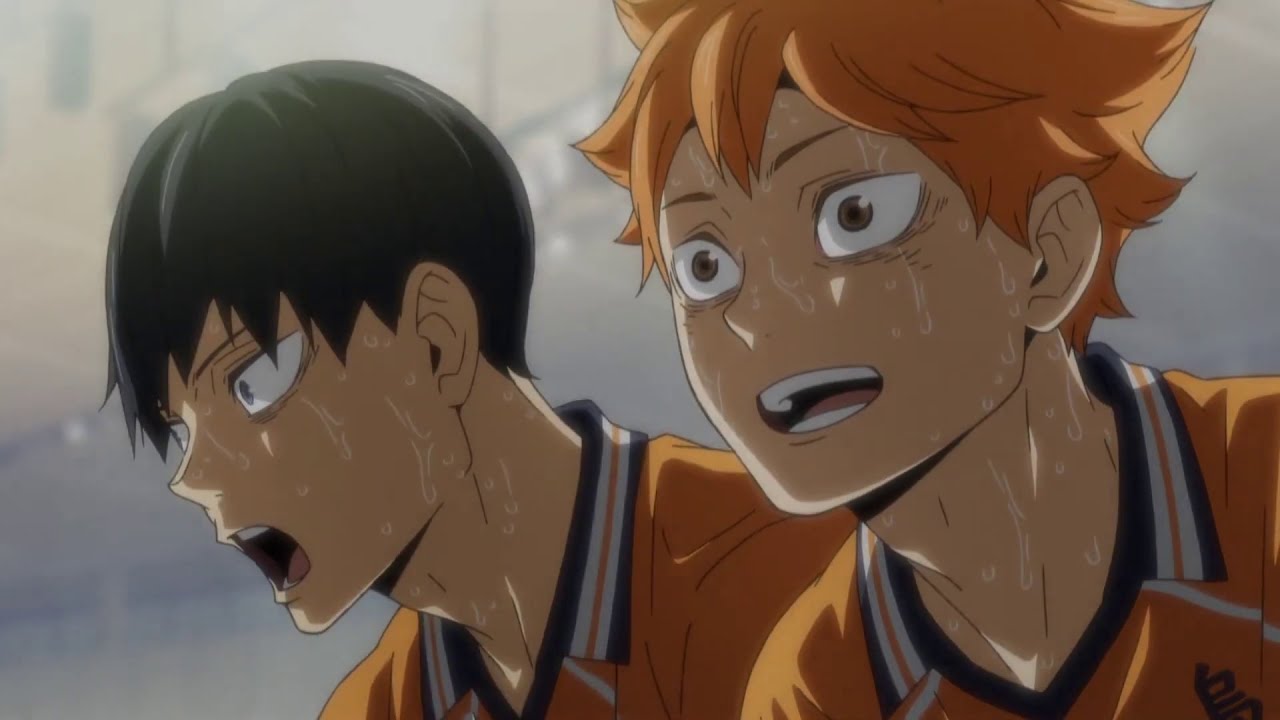 This further lines up with the fact that Haikyuu Day on August 19th has been teasing several special announcements, and one of them has been said to be the announcement of Season 5 by a reliable leaker, SPNAKU.

Considering the fifth season of the anime is currently in production, in all likelihood, Haikyuu might return as early as the second half of 2023.

Despite releasing its final volume and chapter almost two years ago, Haikyuu is still one of the biggest manga series and entertainment franchises in Japan. The series sold a whopping 4.345 million copies in Japan during Oricon’s fiscal year of 2021 and was the 10th best-selling manga series of the year.

The fourth season of the beloved shonen ended in December of 2020 and left us all on a pretty hype note of a cliffhanger. While a large number of fans have been patiently waiting for this announcement of the fifth season so they can finally see the much-awaited battle at the trash heap, a huge number of fans have already moved towards reading the manga.

Although it’s not a big surprise that the manga is selling so well as it was consistently selling around 500,000 copies every month even after the manga ended but as soon as it had looked to be settled about in the 200k range, the new season of the anime in October 2020 gave it a massive boost as it had sold over 869,000 copies in December alone.

And the streak continued even in 2021 and this year as it has constantly managed to chart on Oricon often among the Top 20 Manga Series of the Month.

The Haikyuu manga sold 725,805 copies in January of 2021, while approximately selling 294,000 copies the following month. The series continued its hot streak in the months to come selling over 425,000 and 265,000 copies respectively in March and April. The popular sports series also managed to get a slight boost with the commencement of the Tokyo 2020 Summer Olympics towards the end of July and had its best run since March. The Haikyuu manga sold 310,206 copies in the month of July.

The Olympics boost continued during August as well with the manga ranking 8th in Oricon’s Monthly Charts for August, selling 290,176 copies.

Japan’s Volleyball matches in Olympics also saw heavy use of the anime’s OST after the national team scored points and during set breaks, with all of the anime’s openings and endings being played during the Ryujin Nippon’s run till the Quarter-Finals.

The series sold 502,050 copies in the last three months of the fiscal year of 2021 which brought its total to 4,345,443 copies for the year. The Haikyuu manga currently has more than 55 million copies in circulation.

Haikyuu: To the Top’s second cour aired during the fall anime season in 2020 and aired the final episode of the season in December. The season featured Karasuno’s battle with the ultimate challengers of Volleyball, Inarizaki High, as they continue to rise to the top to win the Spring Inter-High Volleyball tournament.

Haikyuu!! is written and illustrated by Haruichi Furudate sensei and follows the story of Shoyo Hinata, who gets inspired after watching a volleyball ace nicknamed “Little Giant” in action. He then revives the volleyball club at his middle school. The newly-formed team even makes it to a tournament; however, their first match turns out to be their last when they are brutally squashed by the “King of the Court,” Tobio Kageyama. Hinata vows to surpass Kageyama, and so after graduating from middle school, he joins Karasuno High School’s volleyball team—only to find that his sworn rival, Kageyama, is now his teammate.

Thanks to his short height, Hinata struggles to find his role on the team, even with his superior jumping power. Surprisingly, Kageyama has his own problems that only Hinata can help with, and learning to work together appears to be the only way for the team to be successful. Haikyuu!! follows the story of these two and Karasuno’s attempt to make their high school volleyball team the best in Japan.